Hosted PBX Vs On Premise PBX

There are pros and cons of both hosted PBX as well as on-premise PBX. There are some fundamental differences to each of the systems and they feature advantages that should be known prior to making a decision on one or the othe 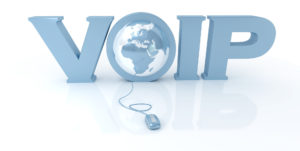 r. The move to an IP-PBX business phone system is beneficial regardless of which system is ultimately chosen. However, there are differences and knowing those leads to a better VoIP phone system and a higher level of satisfaction for the company, employees and even callers.

Open source on-premise systems, such as Asterisk, are responsible for driving down costs for VoIP providers and manufacturers. This provides users with the ability to get the latest technology with many more features at a lower cost than what was traditionally available

What is Hosted PBX?

Hosted PBX or hosted VoIP, otherwise known as an Internet phone system is one where the provider is responsible for housing the IP-PBX as well as handling the technology required to provide the services to the phone system. The desk sets will plug into a router and the calls, signaling, and features are handled through an IP-PBX server at the provider’s location. The provider of the hosted PBX charges a monthly fee that is inclusive of a minutes package and potentially certain features. Charges can also be at a per minute calling cost. Either one can be affordable depending on the rates. A company that knows the amount of minutes spent on the phone in a given month can make effective cost comparisons. Extended features may come with additional cost.

There are some differences between the two options. Understanding benefits and limitations makes it easier to determine the best option for any particular organization. Cost, expansion, and other considerations are laid out to make it possible to compare the hosted IP-PBX and the on-premise IP-PBX within the same categories to learn of the greatest differences.

Purchasing an on premise IP-PBX phone system involves buying hardware, which includes a server with the proper number of interface cards (if needed) to be able to connect the telephone company with the IP phones. Hosted IP-PBX only involves purchasing IP phones, though a router and network switch may be needed to ensure there is one specifically dedicated to VoIP.

IP phones can be identical regardless of layout. For example, the 12 Polycom 550 SoundPoint IP phones can be used for on-premise IP-PBX phone systems as well as hosted IP-PBX systems. The other equipment, such as server, software, routers, switches and battery backup can be very specific for the individual system. $3,000 to $5,000 is typical for purchasing a server with the necessary software and cards. Ongoing server maintenance with hosted PBX will be the responsibility of the provider, which if purchasing an on-premise PBX, the cost would become the burden of the owner, if not included in the IP_PBX package.

There are costs to consider for expanding. Adding more phones to an on premise PBX is as simple as purchasing more IP phones, unless any kind of additional licensing is required. With hosted PBX, however, additional IP phones are purchased and added to the service plan requiring additional programming time by the customer. This can also increase the monthly cost, depending on how the company sets up the plan. An Asterisk based on premise PBX will use the administrator GUI interface, where additional extensions can be created.

Satisfaction is the most important aspect of choosing a system, regardless of whether it is hosted PBX or on-premise PBX. Positives and negatives for each system are laid out below.

By looking at the positives and negatives for both the hosted PBX and an on-premise IP-PBX, it allows a company to determine the best phone system based upon the setup of their organization and what risks they are willing to assume. Companies will benefit from one over the other, so it is a matter of making comparisons prior to choosing one to have installed.